The Sports Direct tycoon Mike Ashley is in talks to snap up another chunk of Britain's struggling high streets by tabling a bid to rescue HMV from administration. 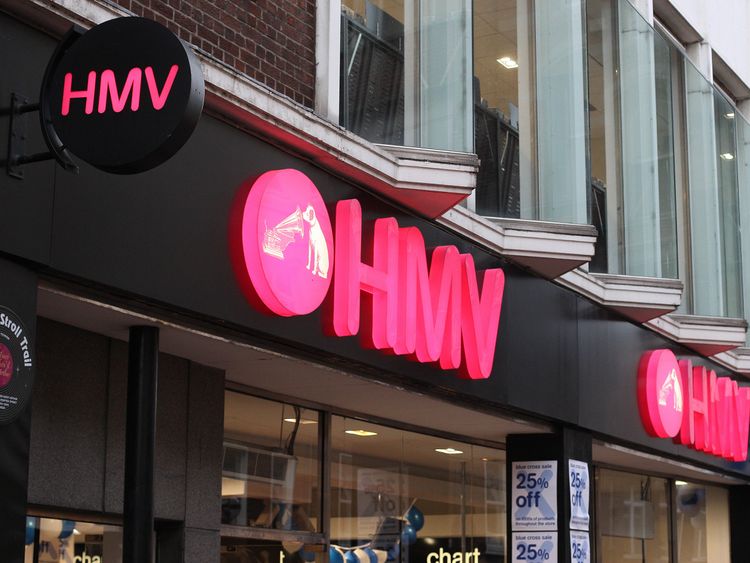 Sky News has learnt that Mr Ashley has held talks with key music and entertainment industry suppliers to HMV in the last fortnight with a view to acquiring the UK's last-remaining national music chain.

HMV collapsed just three days after Christmas when its parent company, HMV Retail, was forced to appoint administrators for the second time in six years.

Mr Ashley, who in the last six months has bought House of Fraser and Evans Cycles in pre-pack insolvency deals, was one of a handful of parties to lodge formal offers with KPMG‎ ahead of a deadline on 15 January.

It was unclear on Sunday whether his bid had been made through Sports Direct International or another corporate vehicle.

While Mr Ashley examines offers for a multitude of troubled retailers, sources said he was ‎"serious" about buying HMV.

He is understood to believe that music and other entertainment products could be a valuable addition to parts of his high street empire, including Sports Direct.

The tycoon is already a significant shareholder in Game Digital, the listed chain, and could pursue a move to merge it with HMV if he gains control of the music chain.

Game is not thought to be trying to buy HMV out of administration.

KPMG refused to comment on the identity of the bidders for HMV, while Sports Direct could not be reached for comment.

The value of the offers for HMV was also unclear this weekend.

Mr Ashley's interest in buying the business comes just weeks after he warned that November had been the "worst on record" for the retail industry.

He has become an increasingly prominent figure in the boardrooms of his rivals, buying stakes in Debenhams, French Connection‎ and other chains, often using complex financial instruments to build his stakes.

Earlier this month, he orchestrated the ousting of Debenhams' chairman, Sir Ian Cheshire, by opposing his re-election at the department store chain's annual meeting.

That was widely interpreted as an attempt to destabilise Debenhams following the company's recent rejection of Mr Ashley's offer of a £40m short-term loan.

He has been clear, including during an interview before Christmas with Sky News' Ian King Live, that he believes Debenhams and House of Fraser should ultimately merge.

More than 2,000 jobs are at stake as the fate of HMV reaches a critical moment, with KPMG likely to decide on a preferred bidder by the end of this week.

However, insiders cautioned that the chain's future remained in the balance, with no guarantee of a viable offer for the business.

HMV has been owned by Hilco, an investment firm, for nearly six years and trades from more than 125 stores.

Hilco blamed a "tsunami" of challenges for HMV's demise, and said a slump in CDs and DVDs meant the business was not a going concern in its current form.

If a rescue deal to salvage HMV from administration is to be struck, some form of financial support from leading names in the recorded music and film industries is likely to be needed.

The disappearance of the last major specialist music retailer on the high street is a fate that major ‎record labels have been keen to avert for years.

HMV, which was then a publicly traded company, originally fell into administration in January 2013.

The chain's collapse into administration came during a torrid Christmas trading period for the wider retail industry, with one industry survey labelling it the worst for a decade.

Speaking on the day of its appointment as administrator, Will Wright, a partner at KPMG, said: "For decades, HMV has been one of the most iconic names on the high street.

"Whilst we understand that it has continued to outperform the overall market decline in physical music and visual sales, as well as growing a profitable e-commerce business, the company has suffered from the ongoing wave of digital disruption sweeping across the entertainment industry.

"This has been in addition to the ongoing pressures facing many high street retailers, including weakening consumer confidence, rising costs and business rates pressures."